The Le Chameau Mens Condor Zip LCX Hunting Boot is innovatively designed for wearing when you’re out on a hunt or trekking. With an exclusive outsole designed in collaboration with Michelin®. This innovative amd waterproof mens boot has been made to withstand the toughest weather conditions, protecting you from up to -20°C.

This outdoor boot is breathable and offers thermal insulation with a LCX membrane and aluminum-treated sock liner. Your feet will stay warm so you can focus on the activity at hand.

Engineered in collaboration with Michelin® scientists who have studied biomechanics, this boot has been designed to be ultra-lightweight with the unique Deep Forest OC® sole, formulated to eliminate unnecessary weight without compromising on performance.  This is the lightest and most comfortable stalking, hunting or trekking boot on the market that gives exceptional grip in any terrain. Available in Vert Bronze.

Life, if you live it fully, is full of firsts- and buying anything made in France (especially a hunting boot) ranks safely in my “firsts” column. No offense to the French.

The second thing I learned about Le Chameau Condor LCX zip up boots- is there is precious little information or reviews of any kind on the internet. I thought this to be quite odd considering it was produced by such a reputable boot company.

I did not stumble upon Le Chameau by accident- my younger brother steered me in their direction and told me that his Chasseur Leather Lined rubber hunting boots were in his estimation “bombproof”. By the way, this is the highest rating from an outdoorsman.

Being a bowhunter, who hunts deer primarily from trees, I was interested in a boot that offered excellent traction, comfort, warmth, and of course waterproof. Bombproof? We shall see- I’ve not owned them but a couple of weeks.

First Impressions:
I was not disappointed with the care these finely crafted boots were boxed and shipped to me. At first glance, I thought to myself that they were just too beautiful to be taken afield- then I realized all the fine walnut rifle stocks and shotguns I felt the same way about. These boots were a new tool- and I intended to use them for what they were made for- hiking, stalking, and going after all things wild.

Trying them on was not only easy- it was a joy to find they fit me perfectly- almost like a second sock. The most surprising thing to me was the upper gusset locked nicely but not too tightly around my swollen calves. This might be a good investment after all I mused.

It shouldn’t shock anyone that I took a long walk that first day in my Condors and waltzed with my shadow in a deep creek. On my way back home I marveled at the level of comfort and support these boots afforded. The Michelin soles took this boot over the top for me- as I feel I’ll never wear them out in my lifetime.

I’ve hunted about three times in them thus far and compare them to wearing my favorite pair of leather shooting gloves that I barely recognize as being on my hands. The Le Chameau’s fit this same way- and join ranks with all my other tools I use in pursuit of the game animals I chase- predominately the whitetail deer and turkey.

It is far too early to call my purchase a ‘home run’ ball- but I’ve been nothing but impressed with the craftsmanship and attention to details put into my Condor hunting boots. I will do another review after a couple more seasons putting them through the rigors of hunting, fishing, and camping- but even at this stage of ownership- I can highly recommend them! 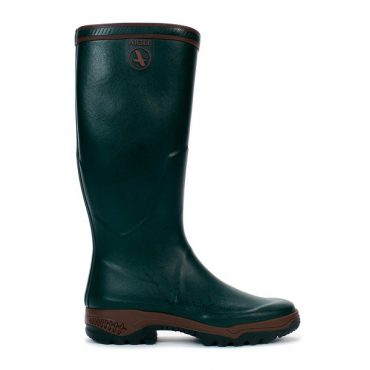 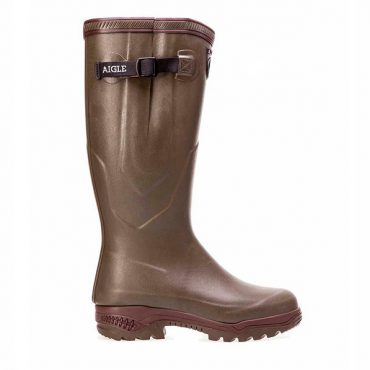 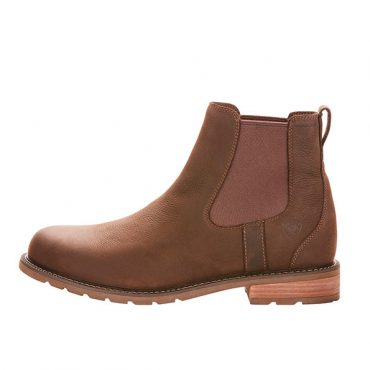 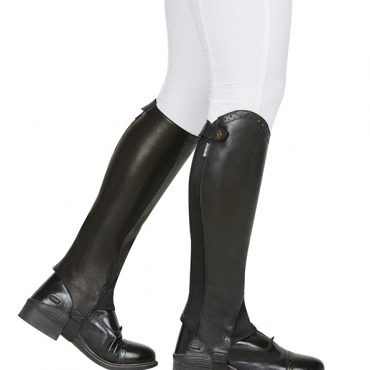 Dublin Evolution Rear Zip Half Chaps (Out of Stock)

Any cookies that may not be particularly necessary for the website to function and is used specifically to collect user personal data via analytics, ads, other embedded contents are termed as non-necessary cookies. It is mandatory to procure user consent prior to running these cookies on your website.